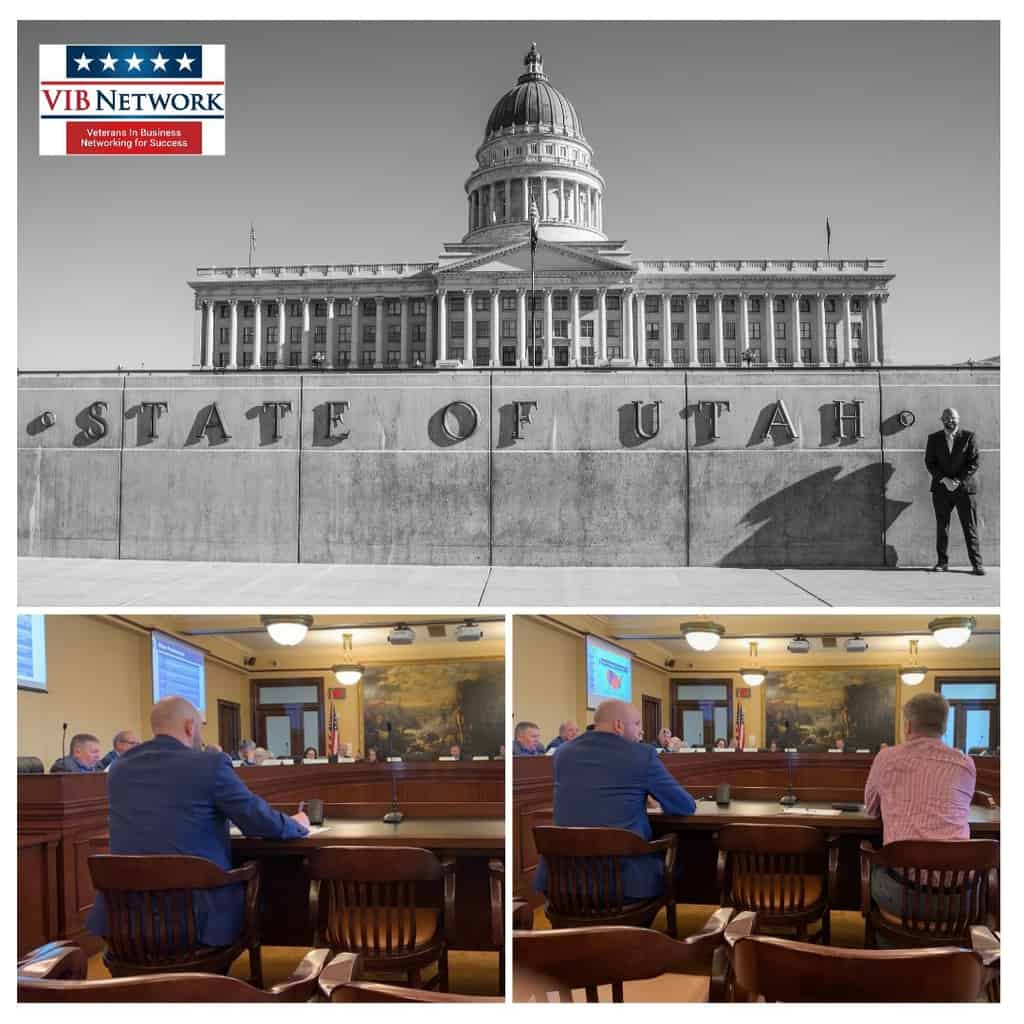 Read the story below from KUER.org

There are 31 U.S. states that give some sort of preference to veteran-owned businesses when awarding state contracts, according to a report presented at a Tuesday meeting of Utah’s Veterans and Military Affairs Commission.

Eighteen of those states specify a preference for businesses owned by disabled veterans, but Utah is not part of either group. In fact, none of the Mountain West states have such a policy.

Cole Woodman, president and chairman of the nonprofit advocacy group Veterans in Business Network, urged the commission to consider a preference for the estimated 17,000 veteran-owned businesses and entrepreneurs in Utah. 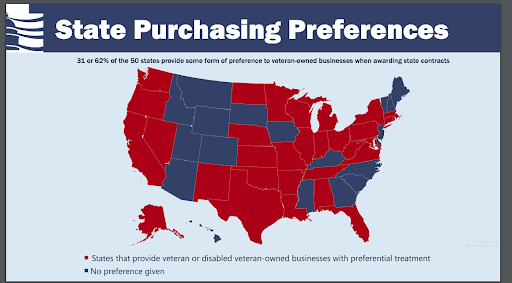 Utah is among a minority of states that give some sort of preference to veteran-owned businesses when awarding state contracts. Eighteen of the states in red specify a preference for businesses owned by disabled veterans, but Utah is not part of either group.
CREDIT COURTESY OFFICE OF LEGISLATIVE RESEARCH AND GENERAL COUNSEL

Woodman is a Utah native who served in the Navy after graduating from Hillcrest High School in Midvale and is now a small business owner. He said in many cases, veteran entrepreneurs are at a disadvantage compared to those who didn’t serve in the military.

Chris Hughes, the director of Utah Division of Purchasing and General Services, said the state currently has contracts with 32 veteran-owned businesses.

It’s not unprecedented for Utah to give preference to certain types of businesses when awarding contracts. Hughes said that right now the state gives preferences to a prisoner work program, rehabilitation programs for people with mental disabilities, and vendors who produce, mine, grow or develop products that will be sold in-state.

The commission did not immediately commit to recommending a preference for veteran-owned businesses, but Hughes said his office is working with Sen. Gregg Buxton, R-Roy, to make the request process easier for everyone.

Hughes said that the process can be difficult at the federal and state levels.

“We need to strongly encourage that entrepreneurial community to respond to bids,” Buxton said, adding that simplifying the request process “solves a lot of issues.”

Buxton said he plans to introduce his bill during the next legislative session.