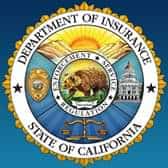 SACRAMENTO, Calif. — Insurance Commissioner Ricardo Lara today announced the newest members of the 2019 – 2020 Insurance Diversity Task Force, which makes recommendations to the Insurance Commissioner regarding innovative ways to increase diversity within the insurance industry. The Insurance Diversity Task Force was formed in 2012 as a component of the Department’s Insurance Diversity Initiative, which encourages insurers to increase procurement contracts with diverse business owners, such as a woman-owned, veteran-/disabled veteran-owned, minority-owned or LGBT-owned businesses, as well as advance diversity of insurance company corporate boards.

The newest members include the Task Force’s first female representative of the veteran/disabled veteran-owned business enterprise seat and first woman and Latina CEO of the Los Angeles Chamber of Commerce in its 130 years, among other exceptional new members and trailblazers.

“I am honored to announce the new members of the Task Force, who all share the common goal with me to create greater diversity in the insurance industry,” said Commissioner Lara. “We are building the bridge that connects our state’s diverse business owners with the nation’s largest insurance industry, as well as continuing to push for boards of directors that reflect our state’s increasing diversity. I am confident that the wide range of knowledge and expertise of our new Task Force members will advance greater supplier and governing board diversity within this industry.”

Task Force members propose ideas and actions to the commissioner and the Department to encourage insurance companies to utilize diverse suppliers and to increase diversity amongst their governing boards. The transparency achieved through this initiative has helped demonstrate the progress of increased procurement between insurers contracting with California’s diverse-owned businesses which significantly increased by 93% over a five-year period, from $930 million in 2012 to $1.8 billion in 2017. However, diversifying insurer governing boards to reflect a broader set of backgrounds and perspectives remains a challenge. In 2017, insurers reported nearly 80% of governing board seats were held by men and only 12% of board seats were held by persons of color.

These appointments to the Task Force come on the heels of the timely signature of Senate Bill (SB) 534 by Governor Gavin Newsom, a bill sponsored by Commissioner Lara and authored by Senator Steven Bradford, which will continue the great strides achieved under this initiative. Among its provisions, SB 534 would (1) require insurance companies to report on their supplier diversity and governing board diversity efforts; (2) expand the diverse supplier categories to include LGBT and veteran-owned businesses; and, 3) codify the Insurance Diversity Task Force in law. Governor Newsom’s signature on SB 534 provides critical support for the Insurance Diversity Initiative to continue to fulfill its mission to increase supplier diversity and advance diversity on insurer governing boards.

“California insurers should be using their enormous buying power to invest in California’s minority, woman, LGBT, veteran, and disabled veteran owned businesses as well as work towards achieving a governing board that reflects the diverse population in California,” said Commissioner Lara. “Since its inception, the Department’s Diversity Initiative has helped empower diverse businesses to put resources back into their local communities. Thank you to Governor Newsom and Senator Bradford for reauthorizing and expanding this valuable program to help more people and communities throughout the state.”

The next Task Force meeting will be held on Thursday, September 12, 2019 at the Department. More details are available at: www.insurance.ca.gov/diversity or you may send an email to: diversity@insurance.ca.gov.

Media Notes:
Members of the Task Force include:

Rebecca Aguilera-Gardiner is Vice President and Co-Owner of Diego & Son Printing, a second generation printing business that is Service-Disabled Veteran-Owned Small Business and Disabled Veteran Business Enterprise-certified. She has over 25 years of experience in sales and marketing and has been essential in the continued growth of the 46-year-old family-owned business. She also serves as the Executive Director of the Veterans In Business Network, a nonprofit veteran business organization in California that advocates on behalf of the disabled veteran business community. Aguilera-Gardiner joins the Task Force as an advocate/representative for veteran and disabled veteran business enterprises with a term ending on September 6, 2021.

Milton Dellossier is the Vice President of Diversity & Inclusion (D & I) at Morgan Stanley where he serves as a leader, champion, strategic partner, and thought leader for D&I, providing best practices, benchmarks and developing relevant and innovative approaches aligned with the firm’s purpose, principles and values. Previously, Dellossier served as Chairman of the Board for the National Hispanic Corporate Council where he led the organization’s corporate board of directors who each represent Fortune 1000 member companies. Dellossier joins the Task Force as an advocate/representative for governing board diversity with a term ending on September 6, 2021.

Phyllis Marshall is the Chief Legislative Counsel of the Chief Executive Office for the County of Los Angeles. With a legal and public policy background, she has formerly served as Senior Counsel of the Government Practice Division at Manatt, Phelps & Phillips, LLP and as Vice President of Legislative and Regulatory Affairs for the Personal Insurance Federation of California. She founded and served as President of the California Association of African American Advocacy Professionals and led the California Association of Black Lawyers as a past President. Marshall joins the Task Force as an advocate/expert for supplier diversity with a term ending on September 6, 2021.

Mark Morales is President-Emeritus of the Los Angeles Gay and Lesbian Chamber of Commerce, Vice President of the SBA (Small Business Administration) Lending Division of City National Bank, and co-owner of Charles Jacobsen, Inc. – a certified LGBT Business Enterprise. Morales also works with the National LGBT Chamber of Commerce to help with minority business certifications for the LGBT community. Morales has been reappointed to the Task Force as an advocate/representative for LGBT business enterprises with a term ending September 6, 2021.

Maria Salinas is the President and CEO of the Los Angeles Area Chamber of Commerce and became the first woman and Latina to lead the organization in its 130-year history. She founded Salinas Consulting, a finance and accounting consultancy firm, and serves as a member of numerous boards and commissions including Governor Newsom’s Future of Work Commission, Mobility 21, the MEXLA Commission, the Loyola Marymount University Board of Regents, and ProAmérica Bank, among others. Salinas joins the Task Force as an advocate/representative for women business enterprises with a term ending on September 6, 2021.